Session 9 is a Brad Anderson film—Anderson had already directed the underrated time-travel rom-com Happy Accidents, and would go on to make The Machinist. Session 9 was a departure for Anderson into the psychological thriller or horror genre, the genres he has worked in ever since for the most part. He also works a lot … END_OF_DOCUMENT_TOKEN_TO_BE_REPLACED

StageFright—or, as it's sometimes known for no really clear reason, StageFright: Aquarius. The film's director, Michael Soavi, claims he wanted to call it Aquarius because he intended the viewer to see the film through a fishbowl... but it doesn't have that look at all. Maybe he should’ve invested in some fisheye lenses? Anyway, Soavi was a protégé … END_OF_DOCUMENT_TOKEN_TO_BE_REPLACED

One Night in Miami… is based on the play by Kemp Powers, who adapted it for the screen. For actress-turned-director Regina King, this was her first feature as film director, although she has directed a lot of episodic television over the past seven years. The film had universal acclaim when it was released in 2020, … END_OF_DOCUMENT_TOKEN_TO_BE_REPLACED

My Stepmother is an Alien is the film Dan Ackroyd did right before the unfairly maligned Ghostbusters II. He is essentially playing a spin on his Ray Stanz character from that franchise, but it’s about an extra-terrestrial instead of ghouls from the afterlife. It came out in December 1989, and although it didn't set the world on … END_OF_DOCUMENT_TOKEN_TO_BE_REPLACED 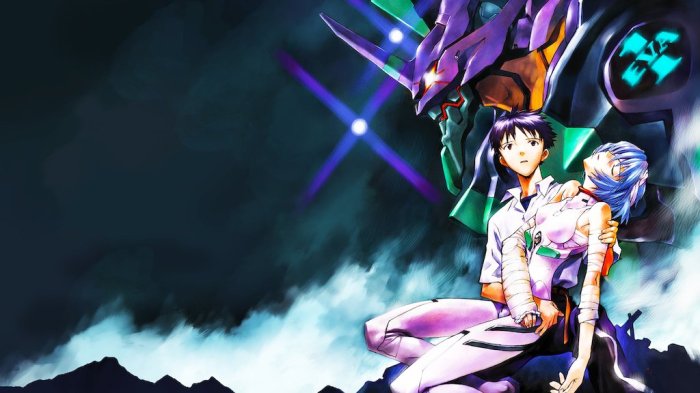 Neon Genesis Evangelion and its follow-up, The End of Evangelion, are considered by legions of fans to be the pinnacle of the artform known as anime. It’s something that escaped my consciousness till fairly recently when I noticed it was a favourite of a close friend. But it’s simply not the pinnacle of the artform—that would clearly … END_OF_DOCUMENT_TOKEN_TO_BE_REPLACED