Last year Uwe Boll announced his retirement, and confirmed that his final film would be Rampage: President Down. He was considered by many to be the worst director who has ever lived, and that was rather unfair. Not unlike the man he was often compared to, Ed Wood, Boll could be a visionary director (which is not to say that some of his films were not also bad.)

Boll got his start in his native Germany with a series of films nobody outside of Germany has seen, maybe they don’t even exist? Anyhow, he is best known for a long string of films that his own company made. Many were based on video games, such as House of the Dead, Alone in the Dark, In the Name of the King and so on. Things started to change with Postal, which despite a critical drilling has gained a cult following, and this marked the beginning of a change of his work. He also started to become a cult celebrity himself, thanks to his public boxing matches with his critics.

After Postal he moved out of making films with biggish actors who were slumming it to making more independent films. These films were more dramatic, from the Vietnam film Tunnel Rats to even a film on the Holocaust, with the extremely imaginative title of Auschwitz. Through this late period he made a trilogy that actually got decent-to-good reviews, and maybe got a few some critics to rethink Uwe Boll: the Rampage Trilogy.

Things were also changing radically in how films were distributed. Boll came to fame at the start of the boom of DVD sales, and his films sold like hotcakes on DVD no matter how bad they were. However, by the end of the decade Internet servers had gotten faster and the notion of video on demand had become a reality, and it completely ruined his model for financing films. He didn’t want to go back to being a student-budget filmmaker, and like others was up against a whole host of companies making films specifically for the VOD market and attracting bigger-name directors. Given his rap sheet, it was also unlikely he would ever get the big bucks from Amazon or Netflix or whoever.

However, Boll was able to make one final angry fuck-you to the bourgeois film critics who bashed him for the last 2 decades. Rampage is about a young man, Bill Williamson (Brenden Fletcher), who goes on a mass-murder rampage, killing everything and everyone who he sees as being a problem with the world. He is initially influenced by his one and only friend, Evan Drince, who is a kind of low-rent copy of Tyler Durden.

The films follow the same format of mass murder, each with a larger body count, and it all comes to a head with the final entry from Boll: Rampage: President Down. Somehow, despite being made well before the election result, it is a strong statement on era of Trump, from fake news to the Muslim ban and so forth. The films in the series are all anchored with a knock-out lead performance by Fletcher. He’s an actor I’ve been impressed by since his role as the intellectually disabled Dickens in Gilliam’s still little-seen masterpiece Tideland.

The character of Williamson is clearly influenced by Tyler Durden and to a larger extent by Ted Kaczynski, a.k.a. the Unabomber. He spouts anarchist philosophical stuff throughout the series, and the films for the most part are willing to take Williamson’s side until the very end, where it slightly drops the bar by calling his minions “right-wing anarchists.” The stuff he rants about is about social justice and income inequality, etc., so it’s actually on the opposite of the political spectrum of right-wing (although killing people to achieve such goals could be seen as authoritarian coercion, so hardy right-on.) 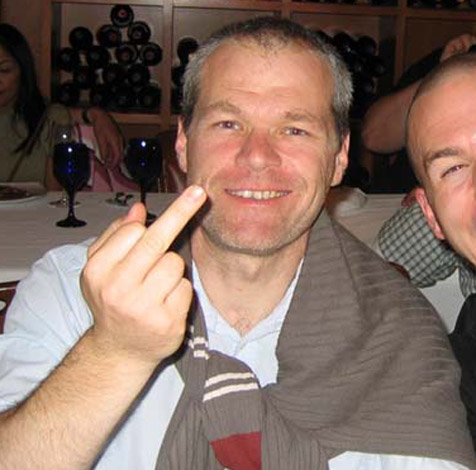