Samuel Fuller at Columbia 1937-1961 is an extraordinary collection of films that the great American filmmaker made at Columbia, from his beginning as a writer for the studio to eventually being a director. Fuller actually got his start as a newspaper copyboy at 12 years old, and worked his way up until he was a crime journalist. His time as a journo informed his work from day one. He didn’t start directing till he was 37, after he was unimpressed with how the master of melodrama Douglas Sirk handled his script of Shockproof.

The first films in the set are hour-long features that Fuller contributed either a story or a script to, and the hand of the hard-hitting journalist is all over them. The first film is It Happened in Hollywood, which plays a bit like a proto-Singin’ in the Rain with its story about a western star who can’t adapt to this new intervention in cinema: sound. It’s playful and a bit sappy, but it has a charm to it that makes some of its cliches wash away. It also has an interesting dynamic between the silent film actress played by Fay Wray becoming a huge star and the male actor struggling to have a career. People often forget that films in the ’30s and ’40s often had a very equal screen time split between the male and female characters.

The next is a rollicking adventure film, Adventures in the Sahara, but it’s really with Power of the Press that Fuller’s very unique voice starts to shine. It tells the story of an editor of the New York Gazette who is murdered after he starts considering changing its policy from isolationist during WW2 to supporting the war effort. A new editor is hired and seeks to find who killed him. Although Fuller only gets a “story by” credit, all the speeches about a free press seem like they’re straight out of one of his later films, such as his love letter to the profession he loved so much, Park Row. 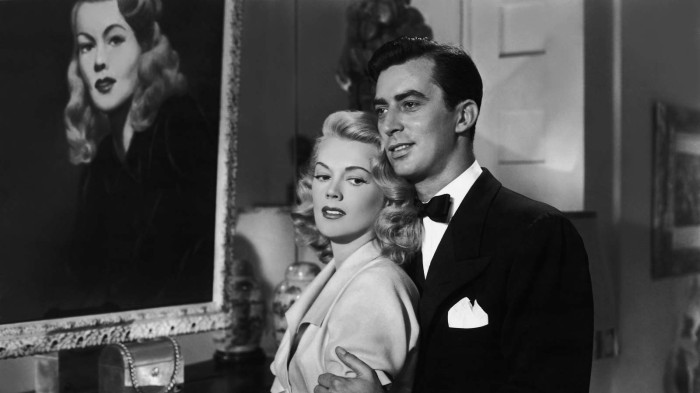 Fuller finally got the bug to direct after the next film in the set, Shockproof, which was helmed by Douglas Sirk. They ended up butting heads; it sounds like it was mostly over the ending which was changed to a happy ending instead of the riot that Fuller envisioned in his original script. However, it’s still a great noir about a parole officer, Griff Marat (Cornel Wilde), who goes on the lam with his parolee Jenny Marsh (Patricia Knight) after they fall in love. She had gone to prison to protect a gambler she was in love with, and soon things get complicated for Jenny. It’s a great little noir made by Sirk before he became the melodrama master, and includes one of the earliest uses of the Bradbury Building, which would eventually be the go-to location to get a noir atmosphere for your film in L.A. Fans of both directors should get a kick out of it.

For the final film of the set he didn’t direct Scandal Sheet, Fuller only supplied only the source novel, The Dark Place, which ended up becoming a bestseller before the war, it wasn’t made till the height noir in the early ’50s. It’s a fairly straightforward noir about a newspaper man who kills his wife when she tries to blackmail him. The paper’s top reporter starts investigating the case, and the newspaper man’s world starts crumbling all around him as the reporter digs deeper and deeper into the case. It’s kind of like an even darker version of the earlier Power of the Press. 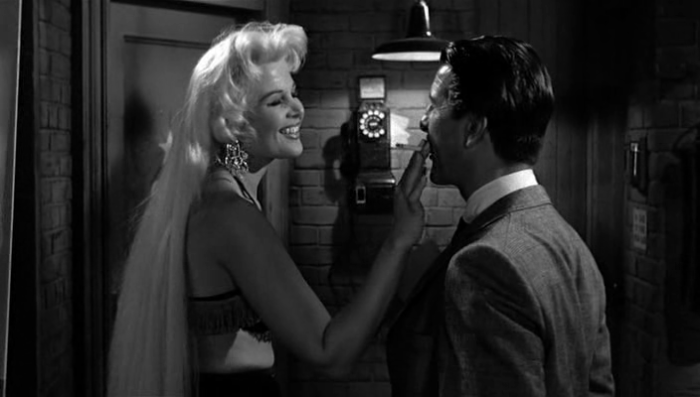 The Crimson Kimono follows, which is probably the best film in the set. It’s a film noir about two cops who are also flatmates. One’s Japanese-American, the other white, and they are on a mission to find the killer of a burlesque dancer who was murdered in the middle of the street. She had been preparing a Japanese-themed act, and they are trying to find the person who was helping her put it together. They find a student artist who draws them a sketch of the man. Charlie (Glenn Corbett) develops a romantic attraction to the artist, who ends up staying with them for awhile, but his detective partner Joe (James Shigeta) is also interested. Tensions flare, and Charlie’s inner racist emerges. It’s a hard-boiled crime story with a progressive storyline about mixed-race relationships and racial bias. The crime story gets lost a bit due to the love story theme, but it’s fine.

Underworld U.S.A. and The Crimson Kimono, foreshadow arguably his two best films, Shock Corridor and The Naked Kiss, because you can see that his films are becoming more and more iconoclastic, and his Hollywood career is coming to an end (other than his brief return in the early 80s). The title of Underworld U.S.A. came from a magazine article, and producer Ray Stark was one of the more eccentric Hollywood producers of that time. It’s a rehash of Red Harvest, probably the ultimate crime novel and one that had an outsized influence on Westerns and samurai films. Cliff Robertson, one of Fuller’s go-to actors before becoming truly well-known as the host of Unsolved Mysteries, appears in one of his darkest roles. Robertson plays Tolly Devlin, whose father is killed by some hoods. He becomes a petty criminal so he can be sent to prison in order to get close to the one of the killers. When he gets out, he becomes increasingly sadistic, rejects any relationship that could redeem him, and becomes an informer for the government, trying to pit mobsters against each other. The film ends with his clenched fist as he dies—the perfect Sam Fuller ending. It’s well-shot, and full of lots of his trademark long takes. The great cinematography is by Hal Mohr, who goes back to the silent days. Its postmodern take on the noir genre points in the direction of films like Point Blank.

The extras are amazing, including seven hours of rushes from the documentary The Typewriter, The Rifle and The Movie Camera—although the documentary itself is not included—with Tim Robbins interviewing Fuller. As you might imagine, it’s a pretty good watch. The last segment ends with Robbins asking him about his views on everything from Communism and the atom bomb to various filmmakers. There’s an audio of a masterclass with Wim Wenders, who was a long-time friend of Fuller’s; a conversation with Fuller from ‘80s French TV; a 2009 documentary that includes interviews with Fuller’s wife and daughter, Martin Scorsese and Wenders; plus various introductions by Curtis Hansen, Scorsese and others. Trailers, a video essay, another interview with Robbins, and loads more are also . Each disc gets its own individual booklet featuring interviews with Fuller and more recent writing on his work.