Badlands was Terrence Malick’s debut film—a movie that came out of nowhere and made a massive impact on audiences and the film industry. It had some negative reviews at the time, but for the most part it was an instant critical and cult favourite. That can be put down to the fact that it’s simply a great film, but it’s also because with this film and Days of Heaven, Malick created a unique vision that blended Americana and a fairytale aesthetic.

He is a director who is obviously in love with nature and its magical aspects, and his shooting reflects that sense of otherworldliness. Badlands scores a surreal Western landscape with music from Karl Orff and Eric Satie, which builds the overall sense of stepping inside a storybook. Tak Fujimoto was the cinematographer, who worked with Malick to create a very distinctive palette.

The core challenge for Malick is getting the viewer inside the minds of Kit, a James Dean wannabe, and Holly, his much younger girlfriend, who is portrayed as an innocent in a dress with a Peter Pan collar. With Kit, this can’t be done through dialogue because he isn’t especially articulate. Holly is the narrator, and her narration is very much along the lines of a fairytale being read to the viewer. One of the key lines of Holly’s is “Sometimes I wished I could fall asleep and be taken off to some magical land” which just neatly summarises where the girl’s head is at. The repeated use of Karl Orff’s “Gassenhauer” theme adds to the atmosphere of a story out of time.

“I wanted the picture to be set up like a fairytale, outside time, like Treasure Island,” said Malick in one of the very few interviews the director has ever given. Malick’s final published interview was in 1979 but he recently did a shocking on-stage interview at SXSW. 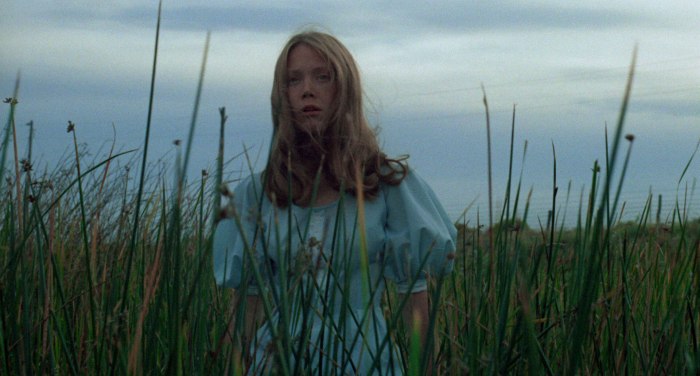 At 33 and 24, both actors—Martin Sheen as Kit as and Sissy Spacek as Holly—were actually much too old for their roles, and yet they still somehow pulled it off. Sheen’s age almost prevented him from getting the role, however but they ended up pumping his character’s age up to 25.

Although Badlands is based on a true story, the true story is far more grisly. In the late 1950s, 19-year-old Charles Starkweather killed 11 people, including his 14-year-old girlfriend Caril Ann Fugate’s mother, stepfather and two-year-old stepsister. The two went on the run, and some of the murders happened during that time. Fugate’s level of knowledge of or participation in these killings has always been uncertain. In Malick’s hands, the story becomes a tale about two innocents playing a game. Charles Starkweather is portrayed as Kit, a misunderstood teenager, and the couple on the run are a pair of kids playing house in the wilderness. Malick did contact and get permission from Caril Fugate, the girl on whom Holly was based, but he told the actors to avoid reading news coverage or looking at photos about the real case. Luckily, he had chosen two actors for the leads who were willing to follow that direction because they believed so much in the project. Sheen has always said it was the best script he ever read. It’s often been said that Badlands ended up upstaging Mean Streets at the 1973 New York Film Festival, which was no mean feat. 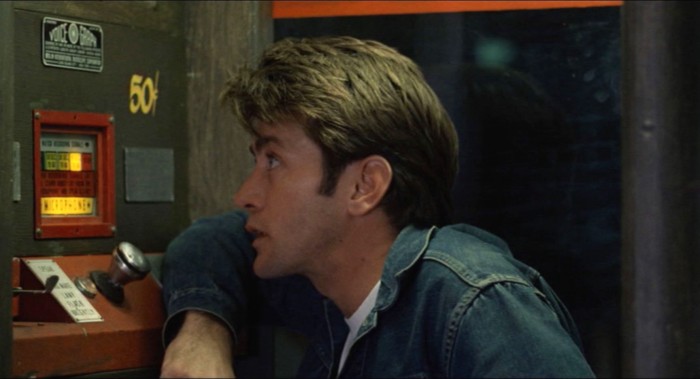 The film is filled with subtle surrealism that tries to convey the childlike and off-kilter way that Kit and Holly see the world. For example, in Holly’s childhood bedroom there’s a fish on her bedside table with a mouth that moves, suggesting that some sort of dream logic is at work. If you don’t know to look, you might miss it, but it’s a sign that she is so out of touch with reality that she really believes she and Kit can walk away from committing murder and live happily ever after. It’s ironic that Fugate apparently believed the film might help her get early parole, she did get paroled in 1976 she was reportedly a “model prisoner” and is still alive.

One of the few things the young couple take from Holly’s father’s home was a print by Maxfield Parrish, an artist best known for using heightened colours specifically lapiz lazuli and idealised fantastical landscapes with androgynous people. He illustrated many children’s books, and it’s as if the young couple want to imagine that they can enter this fantasy world. Throughout the film, Malick uses Parrish’s paintings as a leitmotif. At the end, Kit has been arrested and is on a plane on his way to prison. The scene is intercut with footage of clouds, symbolising where his head is at as well. 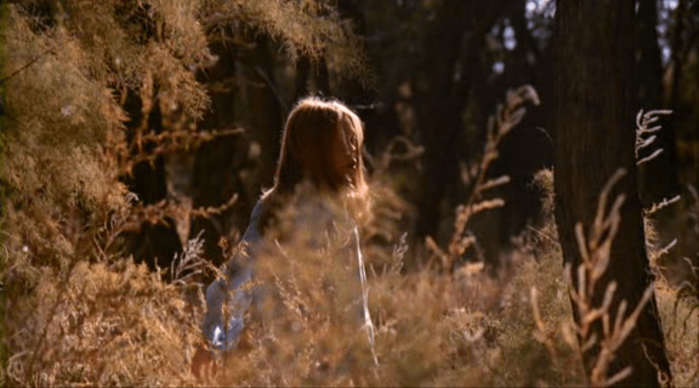 The juxtaposition of violence and fairytales is of course no accident, as violence is there in most of the best-known ones. The kings of fairytales were the Brothers Grimm, whose work is full of it: Red Riding Hood includes stalking and murder, Hansel and Gretel turns on child murder and abandonment. Another major influence on Malick’s ideas was Mark Twain’s Huck Finn and Tom Sawyer, in which the protagonist narratives his own story and moves from innocence to adulthood; in some ways there is a link to teen romance novels of the 40s and 50s as well. However, the main influence on the narration was apparently Truffaut’s The Wild Child, which shared the film’s themes of innocence and wildness. Some people involved with the film have said that the narration was used to fill some narrative gaps, but Malick always said having it be a narrated tale was a deliberate choice from the start.

Badlands and Days of Heaven are as strong of a debut and sophomore features by any filmmaker could be. Both are based around a poetic narrative told by a young girl, with fantastical elements punctuated by violence (the Biblical plague of locusts in Days of Heaven, and similar endings). His later films are easily recognised as being by Malick, but by the time of The Thin Red Line, the sense of a strong, conventional narrative is beginning to fade away. By Tree of Life, narration is used primarily to tell the story rather than just to help it along. While his most recent films, such as Knight of Cups, escape from logical narrative and the blurring of what’s memory, the present and dreams become inescapable.

Note: This article was previously published by Live for Films