Sequels and remakes have existed ever since the silent film era, but occasionally some films really don’t need a sequel: The Shining is undeniably one of those. Stephen King, who was long frustrated with Stanley Kubrick’s vision for his interpretation of King’s deeply personal book about the effects of alcoholism (King was a alcoholic at the time), decided to write a sequel titled Doctor Sleep about Danny Torrance, The Shining protagonist Jack’s son. Kubrick was a born pessimist, from all accounts, and butted heads with King constantly—especially in relation to the existence of an afterlife and ghosts. Kubrick was an atheist, and King is a believer in God, although he is not one for organized religion of any kind.

King’s novels and short stories have long been adapted to film, so after the book’s publication in 2013, Doctor Sleep was instantly put into development by Warner Bros., who made The Shining back in 1980. The enormous success of 2017’s IT made the long-gestating Doctor Sleep film more viable. Original screenwriter Akiva Goldsman handed the project down to Mike Flanagan, who signed on to write and direct. It was always going to be impossible to fill Kubrick’s shoes, and that’s where some of the film’s problems start.

I saw Doctor Sleep when it came out last year, and I hated the film passionately, with an anger I rarely have for even the biggest cinematic turds. I was especially disappointed because the fantastic trailer had been very enigmatic. However, with this new three-hour long director’s cut (half an hour longer than the theatrical), I have begrudgingly come around on the film a bit—although with some serious reservations.

The filmmaker was faced with a no-win situation: key roles from the original would have to be recast with new actors, Danny was no problem, as he is a grown-up now. However, some actors are dead or not coming back, whether if it’s from mental illness (Shelley Duvall) or rumoured retirement (Jack Nicholson). All three characters make some kind of appearance in Doctor Sleep, and Flanagan solved the problem by using actors who don’t have a huge physical resemblance to the originals but channel some essence of them in their performances. Jack Torrance doesn’t completely appear, but meshes together with the bartender, Lloyd, who was portrayed by Joe Turkel. They considered using a big-name actor who recalls Nicholson, like Christian Slater or Leonardo DiCaprio, and I personally think that would’ve been more satisfying—but I would totally understand why these actors would turn that offer down. Flanagan choose Henry Thomas (yes, Elliott from E.T.), with whom he had worked on various projects before. This choice is more justified when you see an additional scene that was cut from the theatrical version. 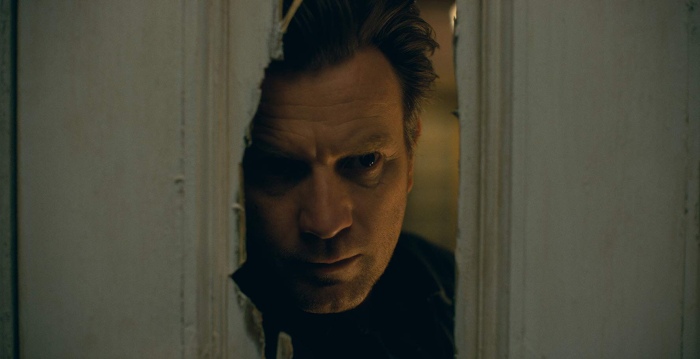 Flanagan tries his very best to make Doctor Sleep a sequel to both Kubrick’s and King’s versions of The Shining, and on the second viewing, I would say that it succeeds as well as it possibly could. Kubrick’s film is such a masterpiece in every department, except maybe humanity, if you talk to King. King always said about Kubrick that he “thinks too much and feels too little,” but the critic Mark Browning has said the reverse about King—that he “feels too much and thinks too little”—and there is some truth to that. Doctor Sleep is very much a novel/film about recovery (there are numerous scenes of AA meetings), and King has always said The Shining is about addiction. The problem is that Kubrick’s film of The Shining is deliberately open to interpretation, so much so that there is a documentary, Room 237, that is just all of the crazy theories about what the film means. These range from it being some coded message that Kubrick faked the moon landing to an essay on the treatment of Native Americans (the most likely) to suggestions that Jack has been molesting his own son, and so on. You also have the extraordinary last shot, which ends with the reveal of a photograph showing Jack at a party in 1921, decades before the events of the film, which completely alters everything you just witnessed in the flash of a second.

Ewan McGregor plays grown-up Danny, and as always he puts in a pretty solid performance and seems to get into the mind of this deeply damaged soul. The whole thing with the cult of psychic vampires who feed on the “steam” of children with “the shining” is pretty silly. Rebecca Ferguson plays Rose the Hat, who is the leader of the cult, and she is having fun. Twin Peaks fans should recognize Carel Struycken as the elder of the cult. One of Stephen King’s worst habits is that he constantly litters his work with that old “Magic Negro” trope, something The Shining certainly has with Scatman Crothers’s Overlook Hotel cook, Dick Hallorann, but the young girl Abra (that name… Christ oh mighty) is also a magical little black child. King arguably created the definitive Magic Negro of the last half-century with John Coffey in The Green Mile, even Red in The Shawshank Redemption fits the bill to some extent, although that’s a much better-rounded character. It’s a very old trope, and to be honest, it’s pretty boring and offensive at this point. Also, the character was a blonde-haired blue-eyed little girl in the novel, maybe Flanagan decided to make her black to better fit into King’s universe? The kid is fine, though. 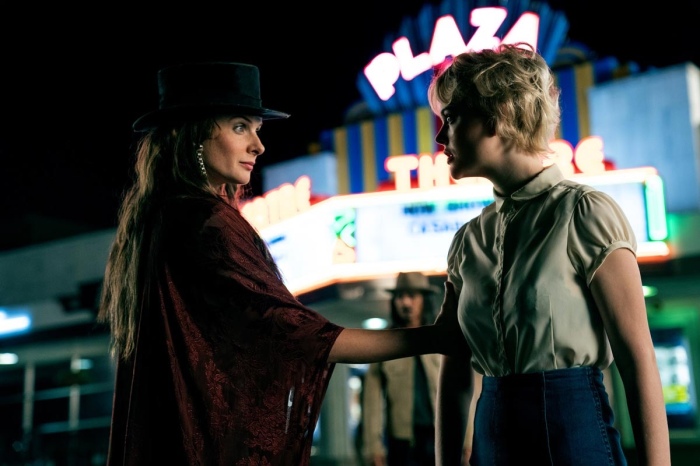 The finale, which I’m not going to give away, is very much Flanagan working with and pleasing King in order to make peace with Kubrick’s film. It is very different from the novel, and actually more like the ending to the novel of The Shining, something Kubrick completely changed to fit his unique vision. They had to reconstruct the Overlook Hotel for the final act of the film, and at times it recalls the original film so much that you kind of wish you were watching Kubrick’s film instead, although as noted, on my second viewing it was far less obnoxious. It might not be as great as Blade Runner 2049 as a sequel, but as with that film, most of the film’s bewitching mysteries still endure despite it leaving fewer avenues for interpretation than before. Flanagan wisely decided to not bring back the man in the bear costume performing fellatio on another man, which is one of the original’s most enduring mysteries.

Overall, if you liked Doctor Sleep the first time around, you should love the director’s cut—and if you hated it but want to give it another chance, it should even out some of your issues with the first. I can’t imagine the theatrical cut will be long-remembered after people have watched the director’s cut, which is just such a superior film in every way. It flows a lot better in this longer cut, which Flanagan has split up into six chapters. It’s not flawless by any means, and the ending is overly sentimental for my liking. It also ties everything neatly together, which is the antithesis of Kubrick’s film, and a trap that King sometimes falls into (the book’s ending is completely different but equally sentimental.

The release isn’t huge on the extras front, but includes both the theatrical and director’s cuts of the film. The theatrical-cut disc has a little over 30 minutes of featurettes, which include some cool behind-the-scenes footage of reconstructing the always-baffling geography of the Overlook Hotel.