Performance may be nearing its 50th anniversary, but it has not lost an inch of its strangeness and power. It still feels like it’s a film made in a lysergic-induced haze, because it was. It was the directorial debut of both Donald Cammell and Nicolas Roeg, though over the years it’s been revealed that Performance was more Cammell’s baby than Roeg’s, as the latter focused on the visuals.

On the surface level, it’s a film about the East End gangster Chas (James Fox), who shoots and kills a gay gangster, and has to hide out after his crime boss won’t offer protection. Chas assumes a new identity, Johnny Dean, and dyes his hair fire-engine red. He hides out in the bohemian Notting Hill house of a fading rock star, played by Mick Jagger. Chas is planning to leave the country soon but instead gets caught up in the cross-dressing bisexual world that Jagger’s Turner has created in his house. It’s all sparked by high-level usage of psychedelic drugs, most notably fly agaric mushrooms. Their identities start to merge as the film goes forward. 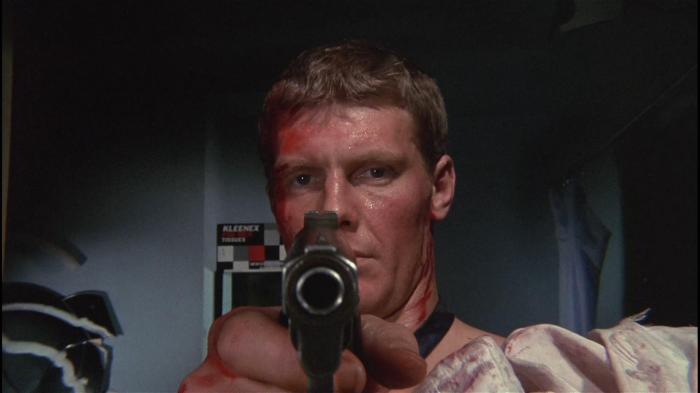 The film still remains radical because it’s edited with the cut-up technique that the writer William S. Burroughs had used in his fiction for over a decade. It has influences from Kenneth Anger (who was friends with Jagger and Cammell), Antonin Artaud and the work of Argentinian writer Jorge Luis Borges, whose photo appears in a pivotal scene. Despite all these dissident influences, and with a film that should be a complete mess, it perfectly works,: Performance is not a film you watch passively, you have to be engaged to connect all the dots. The opening scenes are a mirage of flashbacks and flash-forwards under a psychedelic lens.

The performances from the two leads are excellent. Fox spent a lot of time researching and spending time with East End (and West End) gangsters, so he perfectly inhabits that world. He most notably visited Ronnie Kray, who along with his twin brother Reggie were infamous bisexual gangsters in Soho in the ’60s and the inspiration for many of the gangsters in the film. Jagger plays Mick Jagger, basically, with maybe a bit of his bandmate Brian Jones, who hadn’t yet died when they shot the film.

Anita Pallenberg also appears as one of Turner’s two female lovers. She who was a last-minute replacement for Jagger’s real life lover Marianne Faithfull. Supposedly the sexual chemistry in the sex scenes between Jagger and Pallenberg was real, Keith Richards, who was going out with Pallenberg, lurked outside the set being upset. Richards ended up not playing on “Memo from Turner” on the soundtrack as a result. 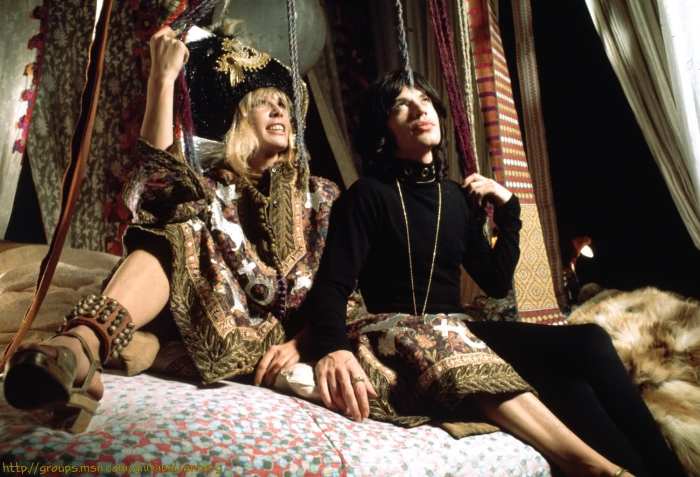 One of the film’s most celebrated sequences features Jagger’s solo song “Memo From Turner.” It’s a startling scene, and is arguably one of the first music videos ever created. The scene and the film’s editing techniques heavily inspired the burgeoning artform of the music video in the late ’70s and ’80s.

The film at the time was incredibly controversial. Performance was finished around 1968, but Warner Bros. sat on it for two years. They thought they were getting a Rolling Stones answer to A Hard Day’s Night, not a sexually ambiguous psychedelic mindfuck. One Warner executive commented on the bathtub scene between Jagger and Pallenberg: “Even the bath water was dirty!”. It’s been rumoured Warner Bros. at one point wanted to destroy the negative.

Performance did make a splash when it finally came out in 1970, even if the reviews were mixed to say the least. The critic Richard Schickel proclaimed it as “the most completely worthless film I have seen since I began reviewing.” The underground newpaper  International Times (It) ran a frontpage piece on the film proclaiming “A heavy evil film, don’t see it on acid”, I don’t think many people followed their advice. 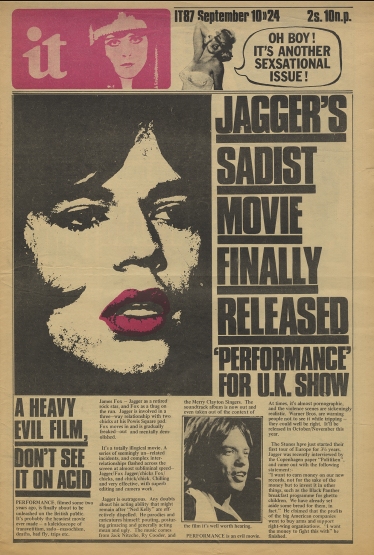 Its impact on filmmakers has certainly been profound–you can see its influence in the work of Tony Scott, Harmony Korine, Paul Schrader, Martin Scorsese, and more recently Ben Wheatley. The film also had kind of a proto-punk vibe to it, and is a favourite of Jim Jarmusch and The Clash’s Mick Jones. Now it’s rightfully considered one of the great films to come out of the ’60s counterculture.

The new Blu-Ray release is to be celebrated, because the US Warner Archive Blu-Ray used the US dub, which partially dubbed some of the dialogue and Americanized it. This new UK release restores it to the original dialogue, and the film looks great in the HD master. The disc contains some featurettes (“Influence and Controversy” is the meater of the two) and the theatrical trailer is also included. Sadly, Douglas Cammell isn’t interviewed nor does he supply a commentary, because he committed suicide after the fiasco of his 4th and final feature Wild Side. The release is currently only available at HMV, and contains a DVD copy and some artcards–which hopefully are spiked with LSD.