The Invisible Man series within the Universal Horror catalogue seems to have been shafted recently. They are currently reissuing all the Universal films—except for The Invisible Man films—to tie in with the upcoming “reimagining” of The Mummy starring Tom Cruise and Russell Crowe. There is a remake with Johnny Depp slated to come out at some point, so maybe they are waiting to release them then? Whatever the actual case may be, the fine people at Turbine Media have done an extensive boxset of the films in Germany, with all of the films on DVD and some on Blu-Ray.

The novel-to-screen treatment of The Invisible Man was fairly faithful to H.G. Wells’s original novel. After having to track down a second-hand copy of the book (the studio didn’t have a copy, only other scripts), the screenwriter decided it was good enough to basically shoot as-is. This was rare in the Universal Monster series, especially in the case of the Frankenstein and Dracula films, which are radically different from the original novels. Wells did like the film, but was disappointed that they made the Invisible Man a lunatic instead of a brilliant scientist.

The film really works due to Whale’s great direction, the faithful script and pioneering special effects which, ironically, are more effective than many in any of the later sequels. The Invisible Man also boosts the iconic performance from Claude Rains, who became a star after this role. He would never play the Invisible Man again, however, in any of the sequels or spin-offs, but would appear in two more films in the Universal Monster series: The Wolf Man and The Phantom of the Opera.

Naturally, given the success of the first film, a sequel was inevitable. It took seven years for one to come to the screen, but two came out in 1940. The first one was The Invisible Man Returns, which starts the tradition of using characters loosely related to the protagonist of the first film to make some kind of connection between original and sequel. The second film was The Invisible Woman, which is more in the vein of a screwball comedy, and is weirdly enough probably the more enjoyable of the films.

The Invisible Man Returns, however, does boast Vincent Price taking on the mantle of The Invisible Man after he is accused of a murder he didn’t commit. He is injected by the original Invisible Man’s brother with the invisibility drug. He ends up on the run after he escapes from his cell awaiting his execution, and a manhunt is on. It’s a bit of a rehash of the original film, but it’s perfectly fun, and Price is a good choice even if he is maybe a bit young for the part. It was only his fourth film and his first in the sci-fi/horror realm. He would’ve been perfect in another ten years. 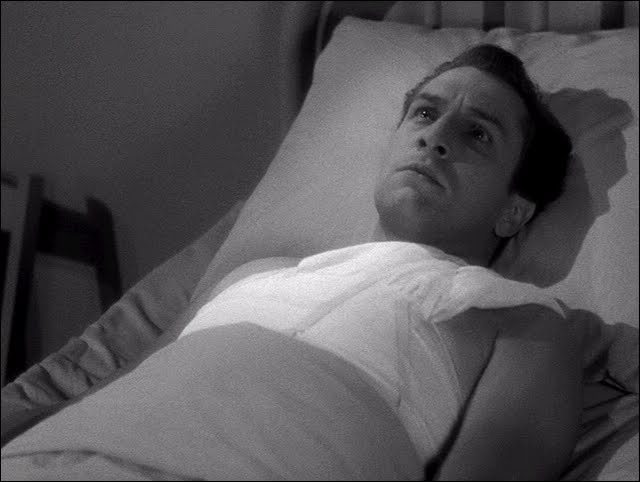 The Invisible Woman is fun: it’s quite silly, and it’s got all the gags you would expect, with some that were quite risqué for 1940. A woman signs up to be the guinea pig for the invisibility drug after she is fired from her department store job. She starts planning her revenge on her old boss to the backdrop of a gangster and his goons trying to steal the invisibility machine for their own ends. It runs at a breakneck speed of 70 minutes—very few of the films in the set even go over the 80-minute mark, they were able to pack a lot of film into these short running times. The film also features some nice supporting roles from classic character actors like Margaret Hamilton and John Barrymore.

The next film up in the series is Invisible Agent, which is quite arguably the very best and most underappreciated in the series. It’s a film that is very much a product of wartime propaganda. It’s about a great-grandson of the original Invisible Man who undertakes being an agent for the Allies during WWII, but only after Pearl Harbor. The Axis of evil also want invisibility powers, of course, including SS officers and Peter Lorre playing the Japanese Baron Ikito. Lorre was, of course, an incredibly famous German actor, why on earth he is playing a Japanese character is anyone’s guess. Oh, the ’40s!

The first time I had ever heard of The Invisible Agent was in an interview with Quentin Tarantino, who said Raiders of the Lost Ark was really similar to The Invisible Agent. He’s right—it has that great film-serial feel, all the Nazi villains are absolute buffoons, and you can see where Lucas and Spielberg got a lot of their inspiration from. 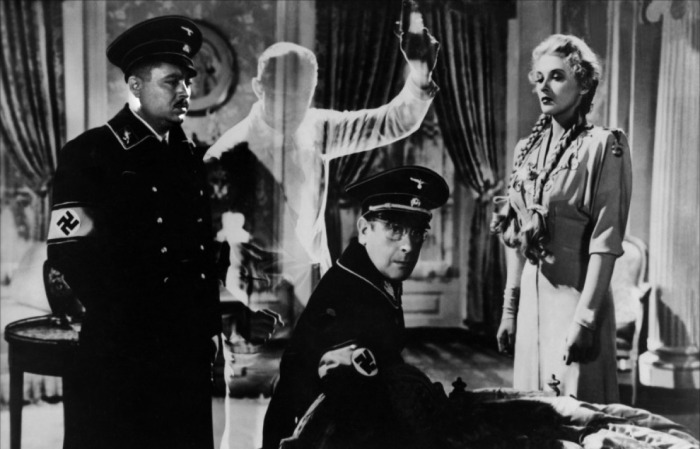 The Invisible Man in this series is played by John Hall, who also plays the lead role in the next film, The Invisible Man’s Revenge. However, he is a completely different character in that film! The Invisible Man’s Revenge, he is a fugitive yet again, mad ad psychotic. It’s certainly one of the better sequels, but at this point it definitely feels like they are rehashing the same film idea over and over. It moves along quickly at 78 minutes. Scientists help the fugitive to become invisible as in a previous film, and he uses his superpower to get his own back on his former friends. The doctor is played by John Carradine, the patriarch of the Carradine acting dynasty and well-known for his work in many John Ford films.

For oversea buyers contact them and they will adjust shipping costs.